Sahuarita Sun: Stand for a Cause – Sisters Set Up Lemonade Stand with a Purpose 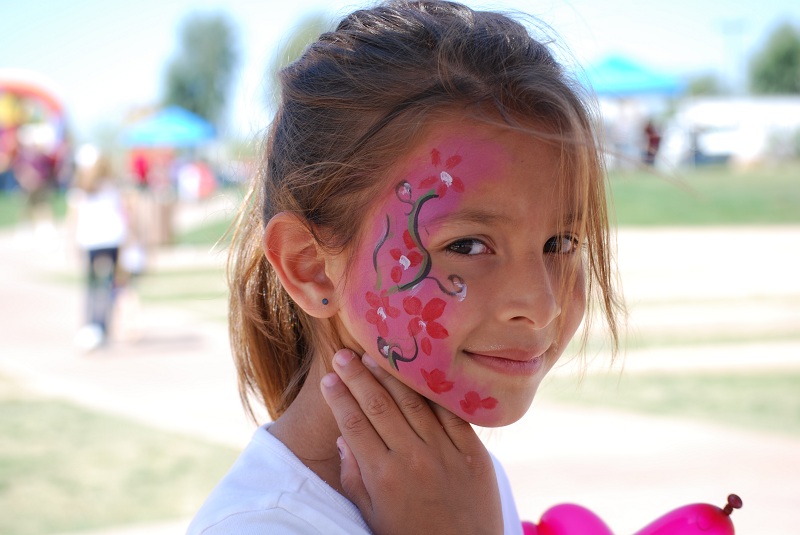 (June 3rd, 2014) – Young, enterprising and full of energy and ideas, the San Julian sisters — Nevaeh, 5, and Brookelyn, 3 — opened a refreshment stand in Rancho Sahuarita on Saturday with plans to donate all the money they make to a charity.

Their idea didn’t spring up overnight. The girls thought about it the past couple of months and once hot weather arrived the time was right to open for business.

Nevaeh and Brookelyn helped their creative mom, Hollie, paint the stand called (Lemonade) “Stand for a Cause” yellow and green. Chalkboards on either side listed the treats.

“It was their idea and they wanted to do it for other people,” Hollie said. “Customers pay by making a donation.”

There were no set prices.

On Saturday, the sisters were offering regular or pink lemonade, chocolate chip cookies and watermelon on a stick with all profits being donated to their charity of the day, The Animal League of Green Valley.

The refreshment stand is a two-tiered model for charity. Local residents may borrow the stand at no cost and set up their own fun, fund-raising charitable program for a single day or a weekend (find information on Facebook under: {Lemonade} Stand for a Cause).

Nevaeh wants to give money to charity, “Because people are so kind.”

After reading about Saturday’s launching of “Stand for a Cause” on the Residents of Rancho Sahuarita Facebook page, Diana Conway stopped by and bought a cup of cool lemonade and a chocolate chip cookie. She made a generous donation because she liked what the girls were doing and because she supports the Animal League.

Hollie said the stand was built with the community in mind, and she wants others to get involved. Since the posting about the stand and Saturday’s inaugural day of business, a couple of residents donated items to make lemonade and cupcakes.

“Stand for a Cause” was open from 9 a.m. to 1 p.m. and brought in $83 in donations. Hollie and her husband, Jeremy, matched the amount and were donating $166 to TALGV.